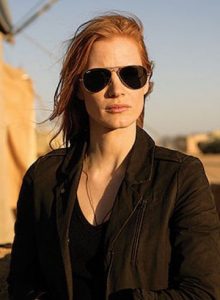 Three years ago, Kathryn Bigelow became the first woman to receive a “Best Director” Oscar. Now she stands poised to do it again with her new film Zero Dark Thirty. But even if she doesn’t win, Bigelow will almost certainly achieve the one “Personal Best” that has so far eluded her grasp, Zero Dark Thirty is about to become the first Kathryn Bigelow film to top $100 million in domestic grosses. And when this happens, as I predict it will, she will enter an even smaller club than the one with history’s multiple Best Director winners: women who have directed films grossing over $100 million.

Zero Dark Thirty is a terrific fact-based film about the ten year hunt for Usama bin Laden, from the crime on September 11, 2001, through the punishment on May 2, 2011, and at its center is a tough, taught performance by Jessica Chastain as a CIA analyst named “Maya.”

This character, Maya is supposedly based on a real person, and I don’t doubt it, but Zero Dark Thirty is a narrative feature, not a documentary, and the character we see on screen called “Maya” has been created to take us beyond the realm of fact into deeper levels of myth and meaning. For much of the film, Maya is, quite simply, the only woman in the room.

I am now asking women everywhere to take this journey with Maya, and stay with her in rooms from which we would ordinarily flee. There is a price to be paid for being in those rooms, and Bigelow has earned the right to demand that we pay it. (JLH: 4/5)

Three years ago, Kathryn Bigelow poked a huge hole in the Celluloid Ceiling when she became the first woman in Oscar’s 82-year history to be named “Best Director” for her 7th film The Hurt Locker. Now she stands poised to do it again with her newly released 8th film Zero Dark Thirty. If she wins, she will instantly move into a very exclusive club: only 18 people before her (all male obviously) have received multiple “Best Director” Oscars (including some very heavy-hitters like my personal favorites John Ford, Elia Kazan, David Lean and Billy Wilder).

But even if Bigelow is not nominated for “Best Director” of 2012 (which is almost impossible to imagine at this point given how many critics groups have already anointed her), she will almost certainly achieve the one “Personal Best” that has so far eluded her grasp in a 30 year career that began with the release of The Loveless, her first professional IMDb credit, way back in 1982.

I predict that by Oscar Night (February 24, 2013), Zero Dark Thirty will have become the first Kathryn Bigelow film to top $100 million in “domestic grosses” (defined as theatrical revenue generated in the USA and Canada). If this happens, it will put her in an even smaller club, membership in which is restricted to all the women everywhere, at any time in history, on this or on any other planet, who have ever directed a film grossing over $100 million.

Is the hype for Zero Dark Thirty warranted? Yes, but…

Regular readers know that I ordinarily take great pains to protect key plot points and conceal a film’s ending, but since Zero Dark Thirty is about the hunt for Usama bin Laden (consistently referred to in Zero Dark Thirty as “UBL”), I have decided to cut myself a little slack, forgo some of my usual rules about “spoiler alerts,” and just dive in. So if you decide to stop reading now, I hope you will come back later after you’ve seen Zero Dark Thirty for yourself.

Zero Dark Thirty begins around 9 AM (Manhattan-Time) on September 11, 2001, with real audio from the Twin Towers. We hear 911 operators tell terrified people that everything will be OK until they are suddenly confronted with absolute silence on the other end.

Zero Dark Thirty ends around 2 AM (Afghanistan-Time) on May 2, 2011. We see U.S. Navy SEALs carry UBL’s body back from Pakistan and ready it for transport so the powers that be will have concrete proof that UBL is finally dead. (The title, Zero Dark Thirty, is military code.)

Thus the narrative arc of Zero Dark Thirty is from crime through punishment, and its primary characters are the individuals responsible for bringing this monster to justice. Up until the point of the actual raid on Abbottabad (at the very end of Act III), most of these characters are CIA analysts, and the eyes through which we first observe their activities belong to a neophyte named “Maya” (expertly played by Jessica Chastain).

In the earliest scenes, set in 2003, Maya is exactly that—a hooded pair of brightly burning eyes. The best thing about Zero Dark Thirty is Chastain’s transformation from outsider to insider, from someone who follows orders to someone who gives them, from someone who has no voice to someone everyone learns to listen to with close to complete confidence. It takes a full decade, and although Bigelow is careful to orient us by flashing specific identifiers (e.g., Khobar [Saudi Arabia]—May 29, 2004; London [England]—July 7, 2005, etc.), she captures change over time best by the way Maya ages in those ten years. After the SEALs load UBL’s body onto the transport plane, they all withdraw. Only one person travels on, Maya, and her whole face is exposed and her eyes are haunted and tears roll down her cheek.

Most of my colleagues are going to tell you that Maya is based on a real person, and that most of what we see in Zero Dark Thirty is rooted in fact-based reporting. I don’t doubt it. Screenwriter Mark Boal was a journalist who wrote for magazines like Playboy and Rolling Stone before collaborating with Oscar-winner Paul Haggis on the screenplay for In the Valley of Elah (released in theatres in 2007), and then writing his own Oscar-winning screenplay for The Hurt Locker (which was released in theatres in 2009).

But Zero Dark Thirty isn’t a documentary or even a BioPic (like The Whistleblower from 2010 which is based on a memoir by Kathryn Bolkovac and stars Rachel Weisz as the character called “Kathryn Bolkovac”). Zero Dark Thirty is a narrative feature, and the character we see on screen called “Maya” has been created to take us beyond the realm of fact into deeper levels of myth and meaning. 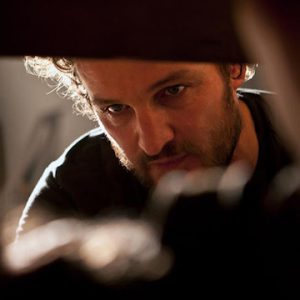 When offered the chance, at the very beginning, to stay hidden behind her mask during what is now referred to as “enhanced interrogation,” or even to watch on a monitor from a further remove, Maya refuses. She knows what is at stake; if she accepts a traditionally female role, she will never transcend it. Maya knows the Age of Chivalry is long over. Maya knows terrorists don’t put women and children in a lifeboat before they blow up the ship. Maya knows what Bigelow has forced us to remember: many of the voices of the 9/11 victims belonged to women. How dare we pretend otherwise; how dare we ask men do all the dirty work so we can keep our pretty little hands clean?

So Bigelow has Maya get her hands dirty, quite literally, from the get go, and that’s one reason why she’s able to be there at the end. In scene after scene, Maya is the only woman in the room. In one confrontation after another, she’s a physically tiny figure who faces off against men much bigger than she is. Chastain even has a one-on-one with beefy James Gandolfini (who played “Tony Soprano” on television) seen here as CIA Director Leon Panetta, and every time, she prevails. Maya is the opposite of voluble “Carrie” (the CIA agent played by Claire Danes in Homeland); Maya is as dry as the Grim Reaper and twice as terse.

And yet, when the SEALs are back in their hangar and Admiral Bill McCraven (played by Christopher Stanley) receives a phone call asking for verification of UBL’s body, he says this to the voice on the other end (a voice that only he can hear): “The agency expert gave visual confirmation. Yes, Sir. The girl.”

Jessica Chastain was nominated for a “Best Supporting Actress” Oscar last year for her role as “the bimbo” in The Help, so I won’t blame you if you question Bigelow’s decision to cast her as Maya. But those of you who saw The Debt (or read my review of The Debt) already know it was the perfect choice. In my review of The Debt (in which Chastain plays an Israeli Mossad agent who tracks down a Nazi war criminal), I wrote:

“…even though Helen Mirren’s face appears in all the posters, it’s Jessica Chastain who owns The Debt…”

And then I explicitly compare her performance as Young Rachel Singer to Robert DeNiro’s performance as Young Vito Corleone in The Godfather: Part II. No, Jessica Chastain did not win an Oscar for The Debt last year (or get even a nomination), but here’s another prediction: On February 24, 2013, Jessica Chastain will be named “Best Actress” of 2012 for her work in Zero Dark Thirty.

So why did I express reservations way up in my opening? Precisely because whenever Zero Dark Thirty strays too far from Maya, it loses focus. And while I don’t deny the visceral force of the CIA torture scenes at the beginning, or the SEAL assault scenes at the end, I worry that Bigelow is buying her box office at the cost of her message.

For a full decade now, audiences have been bombarded with macho revenge fantasies. In film after film, audiences are asked to cheer as so-called “Superheroes” blow-up one half of the world in their hubristic zeal to “protect” the other half. But quick-strike macho violence did not stop UBL. “Enhanced interrogation,” “shock and awe,” “the surge,” and “the Petraeus Doctrine of Counterinsurgency,” all these activities may have played some part, but in each case the cost benefit ratio is definitely open to question. Sure the CIA learned some important things from the prisoners they tortured, but some of the “facts” extracted this way turned out to be so wrong that the hunt was set back for years.

What Zero Dark Thirty shows is that we found UBL primarily through high tech tools, tireless research, deductive logic, and sheer force of will. And assuming the character called “Maya” is, in fact, based on a real person, then it seems there was also an essential element of “feminine intuition” in the mix as well.

But I’m afraid too many men will go primarily to watch “habibs” get tortured and see UBL get blasted, while too many women will stay away for precisely the same reason. And if this happens then Bigelow may well win, but the rest of us will all lose. 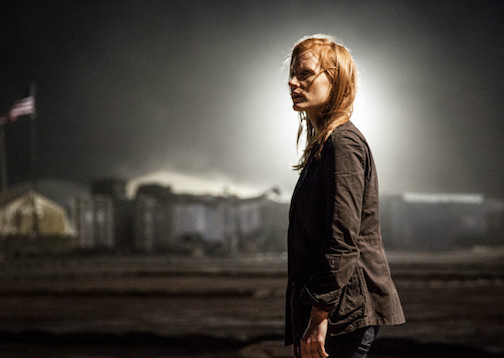