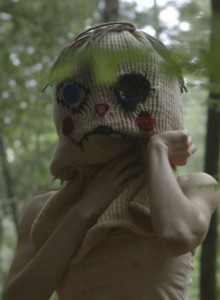 Amy Everson co-writes and stars in an unsettling drama about a young artist who is traumatized by sexual assault. Director Jason Banker bends genres with this drawn-out, bizarre take on revenge, feminism and psychological unraveling. (BKP: 3/5)

Felt opens with a monologue, the film’s one and only voiceover.

“My life is a f—ing nightmare. Every waking moment, every time I close my eyes, I just relive the trauma. I’m never safe.”

The stage is set for viewers to enter the world of 20-something “Amy,” (Amy Everson) a quiet artist who has suffered an unseen, unspecified sexual assault. The incident has left her feeling lost and broken, with nothing to do but wander around her San Francisco neighborhood dressed in peculiar outfits. Whether it’s a green lizard costume or a scarecrow mask, covering up in different personas helps her deal with Post Traumatic Stress Disorder (PTSD).

Amy deals with her anger towards men by using her sexually-charged artistic abilities to create a mummy-like onsie… complete with dangling male genitals. She walks through the woods in her naked costume, pretending to be a superhero and fighting off the imaginary bad guys. Her strange behavior causes the best friend and roommate “Alanna” (Alanna Reynolds) to snap Amy out of her withdrawal and push her back into real life and/or the online dating scene. But interacting with men only heightens Amy’s frustrations–she wants to murder men or, at the very least, gouge their eyes out.

The downwards spiral of Amy’s self-pity and insufferable, provocative behavior tapers off when she meets shy, handsome “Kenny” (Kentucker Audley). But normalcy does not last for very long in Felt. When Amy learns of Kenny’s secrets, her vengeful thoughts begin to materialize and the film delves deep into the docu-horror Act Three.

The film dips into all different genres, uneven in tone and structure from beginning to end. Act One starts with Amy seemingly relatable–sad and angered by her circumstances with nowhere to turn. Things start to get weird by Act Two. Her dialogue (mostly improvised by Everson) is believable, but it takes a back seat to Amy’s antics and physical appearance in her made-to-look-naked, quasi-superhero costume. The 80-minute film feels even longer as the tone shifts, yet again, to a psycho-thriller filled with shocking developments and gruesome imagery.

Everson is impressive in the role, acting naturalistic in every scene–no matter how fantastical it seems. The character of Amy is apparently semi-autobiographical, yet it is difficult to believe that this young girl is a successful artist who never is never shown making money, but rather daydreaming of killing rapists with her thighs.

Felt wants to make a statement about feminism and rape/revenge culture, yet treats the character of Amy like a crazed lunatic with an anal fixation. Yes, this is only one take on a girl’s story of sexual assault and no, not every rape victim should be viewed as an angelic hero. But the way Amy is portrayed, aside from the effects of PTSD, does little to help the community of victims who strive to be taken seriously. First Amy wants to go on a man-killing spree and then she is head over heels for Kenny? Between the paradox and tonal shifts, Felt misses the mark. 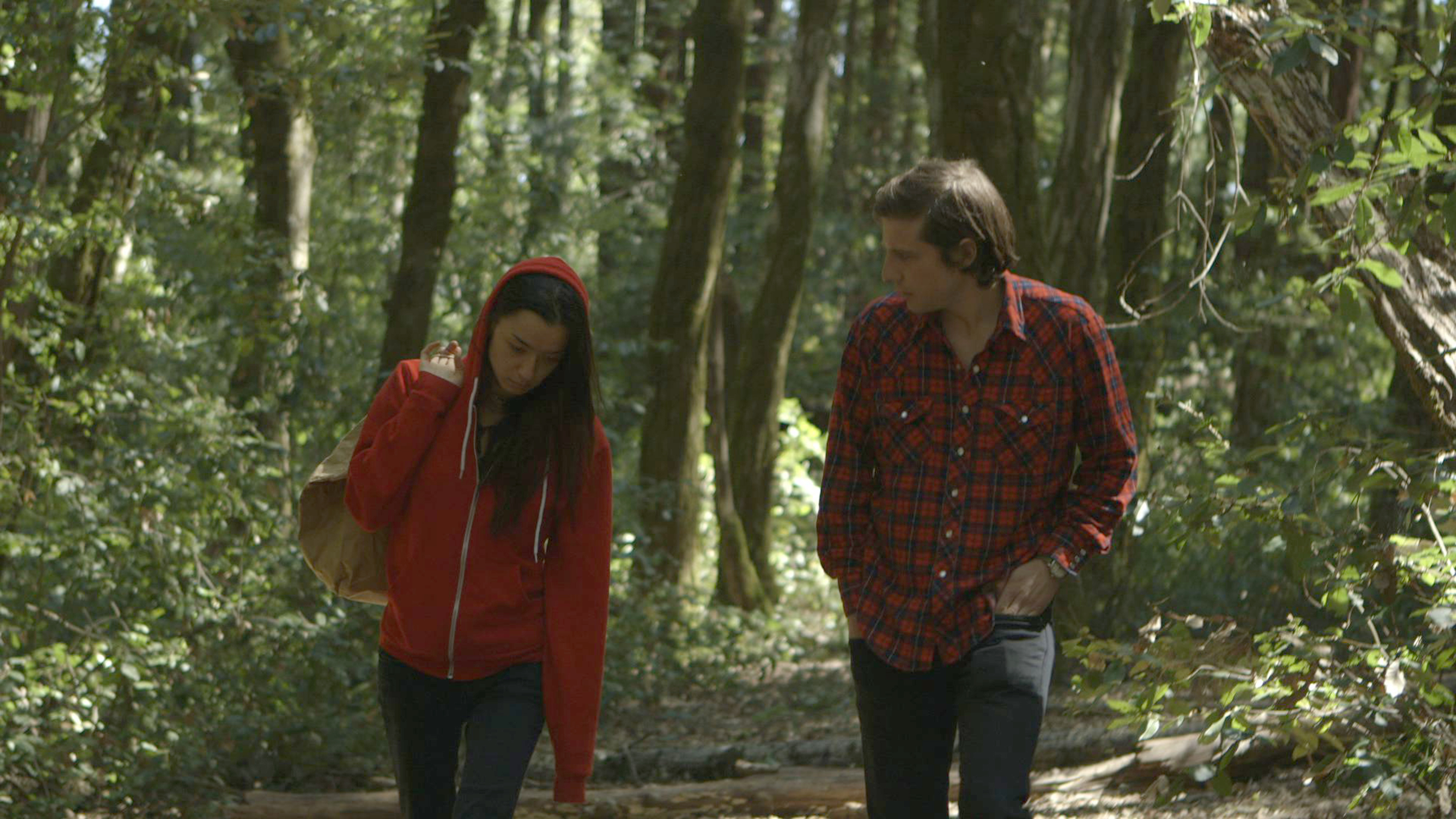 Top & Middle Photos: Amy Everson as “Amy” in her costumes

Amy has a relationship with her best friend and roommate, Alanna, and the two have quite a bit of screentime. However, almost all of their discussions revolve around men and/or online dating. Not recommended.