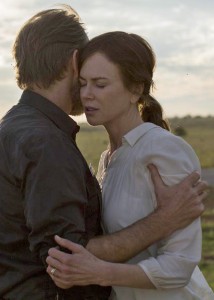 Strangerland, a high-profile new release from Australia, promises more than it can deliver.

Director Kim Farrant shows great promise, but she needs to keep a tighter reign on her screenwriters in future. (JLH: 3/5)

“All dressed up with nowhere to go.” That was the phrase that kept repeating itself in my head–in an endless loop–during the third act of Strangerland.

It’s a real shame, because the first two acts of Strangerland promise genuine tension. Terrific high profile actors create intriguing characters and I am totally invested in their fate… and then… splat! 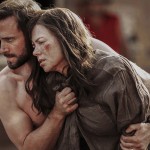 Strangerland is set in the Australian Outback, in a town at the edge of nothingness. “Matthew Parker” (Joseph Fiennes) has moved his family here deliberately because of trouble in the recent past which–after much teasing–is eventually revealed midway through act two. Suffice it to say that his wife “Catherine” (Nicole Kidman) understands their predicament and is doing her best to make do, but their teenage daughter “Lily” (Maddison Brown) is furious.

Exhausted by the tension in her home–which is exacerbated by the unrelenting heat beating down on their town–Catherine takes to her bed. When she wakes up later than usual the next morning, the house is cool and quiet. At first she is relieved, but all to soon she realizes Lily and Tommy–assumed to be in school–have in fact gone missing! Where could they be?!? 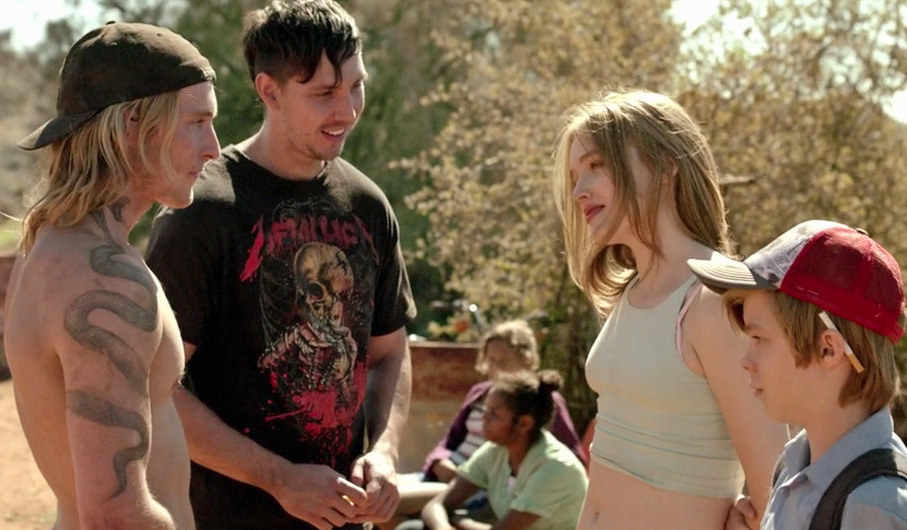 Middle Photo: “Matthew Parker” (Joseph Fiennes) rescues his wife after she has an emotional breakdown.

Bottom Photo: “Lily Parker” (Maddison Brown) forces her brother “Tommy” (Nicholas Hamilton) to stand on the sidelines while she flits with some townies at a skateboard park. Photo Credit: Mark Rogers.

In addition to early interactions with Lily, Catherine also pleads with a woman in the grocery store, throwing herself on the woman’s mercy in the hope that the woman–who is of Aboriginal Australian/Indigenous Australian ancestry–can help her find her children. It’s preposterous of course, and the woman quickly rejects Catherine’s condescending assumption that she has “magic powers.”