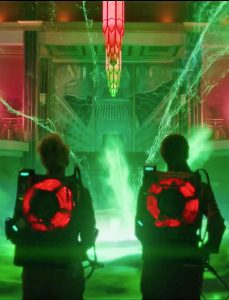 Ghostbusters 2016 (aka GB16) is manna from heaven in the multiplex dessert.

Most women don’t want to live in a world without men, or be “better” than men (whatever that might mean); we just want equality. Equality means telling our stories, making fools of ourselves, and cheering women on when they grab for the brass ring. Equality means more representation on screen, and more opportunities behind-the-camera.

Welcome to the New Millennium: We want to see women to do all the things men do as “action sheroes” without having to do it backwards and in high heels. With nods to past, present, and future, and aided by the same catchy tune Ray Parker Jr created way back when, GB16 sent me out of the theatre once again with a song in my heart 🙂 (JLH: 4/5)

Selective memory is nothing new, my friends. Way back in the Bible, kvetchers were already kvetching:

“The people took to complaining bitterly… The riffraff in their midst felt a gluttonous craving and then they wept and said, ‘We remember the fish that we used to eat free in Egypt, the cucumbers, the melons, the leeks, the onions, and the garlic. Now our gullets are shriveled. There is nothing at all, nothing but this manna to look to.'”

You will find these words in the Book of Numbers (11:1 – 11:6). God is providing manna from heaven to sustain people who are wandering in the dessert, but some people would rather have that scrumptious stuff  they “used to eat free in Egypt.”

Meanwhile, Moses is tearing his hair out. Don’t they remember they were once slaves in Egypt? Nope! No way to argue with kvetchers. They have their memories and who is Moses to say otherwise?

And so, in the era of reboots, remakes, and franchises, time and again I actually have to go back and rewatch films I saw long ago in order to substantiate my claim that some of my fellow film critics are “riffraff.”

Ironically, this rarely seems to happen when the protagonist is male. Who can count the number of times Batman, Spiderman, Superman, and all their macho buddies have come to us “refreshed,” not to mention that stack of invitations to reboard the Starship Enterprise? How many actors will introduce themselves as “Bond. James Bond.” before we are finally sated?

Now, in one of the biggest gambles in the history of the American multiplex, director Paul Feig and screenwriter Katie Dippold have brought us a film in which the four male protagonists in the original franchise have been replaced by four female protagonists. Is it manna from heaven? No. That would be a bit extreme. But is it fun? Yes. Hallelujah! Mission Accomplished! 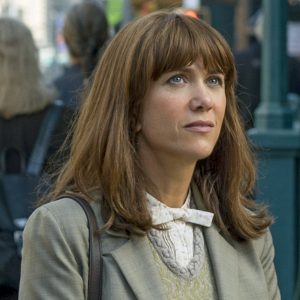 Just like in 1984, GB16 opens at Columbia University, but this time our physics professor is “Erin Gilbert” (Kristen Wiig), all buttoned up and desperate to please. Alas, poor Erin. It turns out she has a secret stain on her resume. Long ago, she wrote a book on paranormal phenomena with her BFF “Abby Yates” (Melissa McCarthy) and now Abby has published the book online without Erin’s permission.

So after years of estrangement, Erin just happens to be at Abby’s lab pleading for secrecy when a tour guide reports strange goings on at an old Manhattan mansion. Naturally, Erin is swept along when Abby and her new partner “Jillian Holtzmann” (Kate McKinnon) head over to investigate. But as soon as the apparition barfs green goo all over her dowdy clothes, Erin is back in the game. Goodbye Academia. Hello Ghostbusting.

The next manifestation materializes at a subway stop staffed by “Patty Tolan” (Leslie Jones). The gals arrive swinging Jillian’s awesome inventions (Jillian is a nuclear engineer don’t ya know), Jillian lights them up, and Patty is hooked. Goodbye MTA. Hello Ghostbusting.

Now that the core GB16 foursome is complete, they need a place to call home and someone to manage incoming phones calls. Yet again, a decrepit old firehouse just happens to be available, but this time the person who answers their ad for a receptionist is a hunk named “Kevin” (Chris Hemsworth). 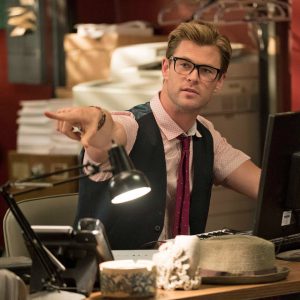 “Mayor Bradley” (Andy Garcia) and his Communications Director “Jennifer Lynch” (Cecily Strong) are unable to control the mayhem. When word leads that ghosts are descending on Manhattan, a mighty monster lodges itself in Kevin’s buff body.  Now all that stands between New York City and the end of civilization as we know it are the four GalPals. Do they get the job done? You betcha! Hooray for the Ghostbusters.

The plot has everything required for a summer blockbuster, and since that’s never been much anyway, why make an issue of that now? The fun lies in the interactions–the little quips and asides that make each one of the main characters unique and endearing.

GB16 honors its roots (with deliberate references to prior happenings and tiny little cameos for surviving members of the GB84 cast including Dan Aykroyd, Ernie Hudson, Bill Murray, Annie Potts, and Sigourney Weaver), but the main challenge is to establish a rhythm of its own. The goal is obvious: Show that women can do all the things men can do as “action heroes” without having to do any of it backwards and in high heels.

To me, all this really is manna from heaven. I know it’s never been better for women than it is today, and films like GB16 give me faith in a better tomorrow. 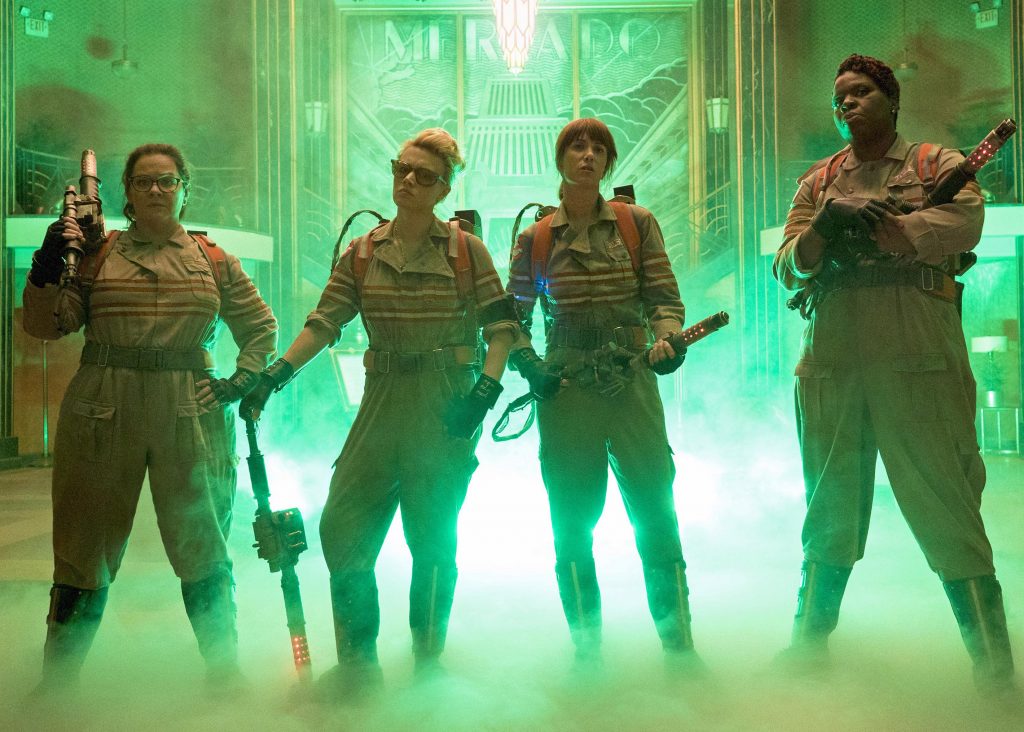 Middle Photo: Kristen Wiig as “Erin Gilbert” all buttoned up in her “before” pose.

Almost all of the dialogue is focused on the work at hand = establishing the Ghostbuster business and getting rid of the undesirables who have descended on Mayor Bradley’s fine city.

But there is one exception: The minute Erin meets Kevin, she gets a little zing… and everyone notices. So Erin takes some ribbing from her GalPals, especially from Abby.

There have been several well-documented incidents of male actors refusing parts in female-driven films. Thankfully Chris Hemsworth was man enough to play along. His performance is a riff on what Channing Tatum does in his Magic Mike movies, but Mike is a serious fellow whereas Kevin is lighter than air.

Before I move on, just a few words about Ghostbusters 1984 (aka GB84). Just for the record, we’re not talking here about some great cinematic milestone. Some of the people–mostly guys–out to destroy GB16 would have you believe that GB84 was a “classic.” It wasn’t. It isn’t. GB84 was fun, just like GB16, and that’s fine. To make more of it is not just an aesthetic blunder, it’s also an instance of selective memory.

Watch it again–as I did yesterday–and I’ll bet even you will flinch at the opening scene at Columbia University during which Erin’s counterpart “Dr. Peter Venkman” (played by Bill Murray) is clearly intending to seduce one of his students.

I remember those days. That was par for the course back then. No more.