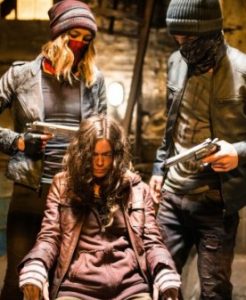 Writer Catherine Blackman teams up with Jonathan Jordaan and director Alastair Orr for an average horror film, perfectly crafted for pre-teen moviegoers. Carlyn Burchell stars as the leader of a criminal pack set out for revenge and ransom money. Although the kidnapping-of-a-girl-slash-demon provides occasional shocks, From a House on Willow Street is more of the same old, same old. (BKP: 2.5/5)

“Sometimes, all you can do is run, Mark.”

Yeah, Mark. Sometimes, all you can do is run, especially when you see a potential of a film go unfulfilled. Four thugs, led by overconfident hipster “Hazel” (Sharni Vinson), hatch a plan to kidnap “Katherine” (Carlyn Burchell) from her house in order to get ransom money from her father.

Obvious exposition lets the audience know that this group of criminals is “family,” in The Fast and Furious sense; some blood-related, some not. They discreetly enter the old house and stare curiously at black-and-white photos of terrifying women. Their eyes can frighten anyone, even these burly biker dudes.

Inch-by-inch they search the house until finally, bloodshot-eyed Katherine is snatched up and locked in a basement. Their plan worked! Er, maybe not. As the gang splits up (never a good idea, guys) the typical horror cliches ensue, full of flickering lights, unexpected jumps and ominous symbols carved into a closet door.

There’s nothing new here, either on the page or the screen. Fans of the horror genre may not venture to the theater for snappy, deep dialogue, but they deserve more than, “No one is afraid of the dark.” Mmm, yes they are Hazel. Please talk like a real human.

Willow Street might provide a mindless scare on a Friday night, but this mix of crime action and slasher film never blend completely, especially as their plans (like any film) go terribly awry. What happens when the kidnapee is a terrifying demon/zombie/thing? Zoinks!

As the fire and gore ramp up, viewer interest wanes as the tiresome plot meanders past the point of caring. Instead of wanting to stay, I felt more like poor, possessed Katherine chained to a wall. Nevertheless, Director Alastair Orr does the best with what the story has to offer. Unfortunately, it doesn’t offer all that much. 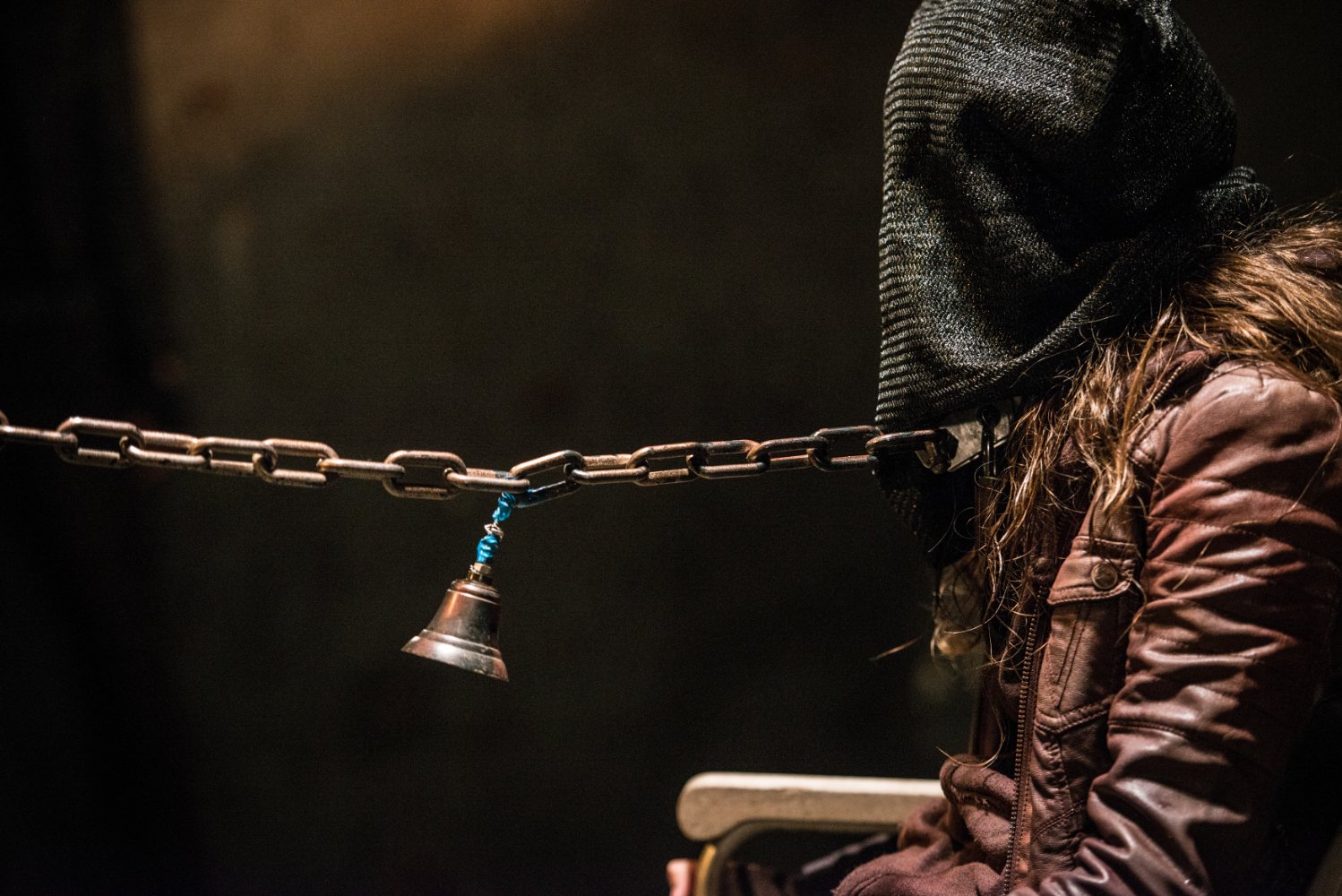 Bottom Photo: Carlyn Burchell as “Katherine,” chained to the wall

Q: Does From a House on Willow Street pass the Bechdel-Wallace Test?

“Hazel” (Sharni Vinson) has many scenes with demonic “Katherine” (Carlyn Burchell) that revolve around the kidnapping and action, rather than dialogue about a male. Bigger fish to fry!