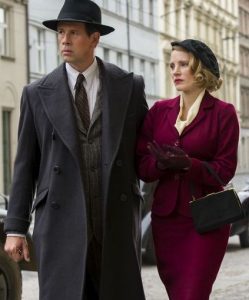 The Zookeeper’s Wife, adapted from Diane Ackerman’s novel of the same name, is directed by Niki Caro and written for the screen by Angela Workman. The film tells of the Zabinski family, the keepers of the Warsaw Zoo, and how they saved hundreds of Jews during the German invasion of Poland by hiding them on zoo grounds. (JEP: 3.5/5)

The film opens in Poland in 1939, where “Antonia Zabinski” (Jessica Chastain) and her husband “Jan Zabinski” (Johan Heldenbergh) are caretakers of the Warsaw Zoo. Antonia’s connection to her animals is arguably stronger than the ones she shares with the people around her, her love for all the beautiful creatures in her zoo apparent. But with the threat of a German invasion looming, the world outside of the zoo gates is far from the picturesque life Antonia lives behind its walls, where she rides her bike in the sunshine and goes barefoot like a child, tending to the grounds and her animals.

Fearing the worst, Jan asks Antonia to leave Poland with their young son “Ryszard” (played over multiple ages by Timothy Radford and Val Maloku) before things grow more dangerous, but Antonia refuses to run. Everything changes the day bombs are dropped on Warsaw, destroying the zoo and slaughtering many animals trapped in their pens from escape as the bombs fall.

When the Zabinski’s learn that what’s left of their zoo is to be liquidated, meaning that all the animals will be killed, “Lutz Heck” (Daniel Brühl)—a German zoologist with whom the Zabinski’s had contact with before the German invasion, now one of the Nazi’s making base in their zoo—offers to take the remaining of their prized animals to his zoo in Germany to save them from slaughter.

When the zoo is to be shut down, now empty of all animals, Jan and Antonia approach Heck with an offer to run it as a pig farm to feed the Nazi soldiers. They suggest getting the food for the pigs from the trash in the Warsaw Ghetto. Their offer is a ploy to gain access to the Ghetto in order save Jews from the horrors inflicted upon them by the Nazi regime, shuttling them out under trash heaps and hiding them on the zoo grounds until they can get them to safety. Heck agrees to their request, unknowingly granting the Zabinski’s the means to save almost three hundred Jews over the course of three years.

Although the film finds fault in its lack of fully developed Jewish characters—which arguably could have added necessary dimension to the narrative in a harder hitting depiction of the true struggles faced by the Jewish people during World War II—it’s protagonist is fully realized; a strong, multidimensional female character. Antonia’s strength and heroism is artfully captured by Chastain’s force of a performance.

Recognized by the State of Israel as the Polish Righteous Among the Nations for their efforts during the war, and saving almost three hundred people during World War II, it is undoubtable that the Zabinski’s story is one to be told. Visually stunning and filled with strong performances, The Zookeeper’s Wife is a good film, but ultimately steers clear of being great due to its tendency to shy away from the hard truths, metaphorically shielding viewer’s eyes, to the true horrors of the Holocaust and the state of the Warsaw Ghetto during the German Invasion of Poland. Focusing instead on the lives of its protagonists, the world of the film is almost tame in its portrayal of the events happening outside of the zoo, some of the most emotional scenes happening within its walls at the callous slaughter of their animals. Having not read the book, I cannot say if this is Ackerman’s take, but the lens through which Caro and Workman have chosen to tell their story threatens to give more weight to Antonia’s life as a zookeeper than to her heroism. 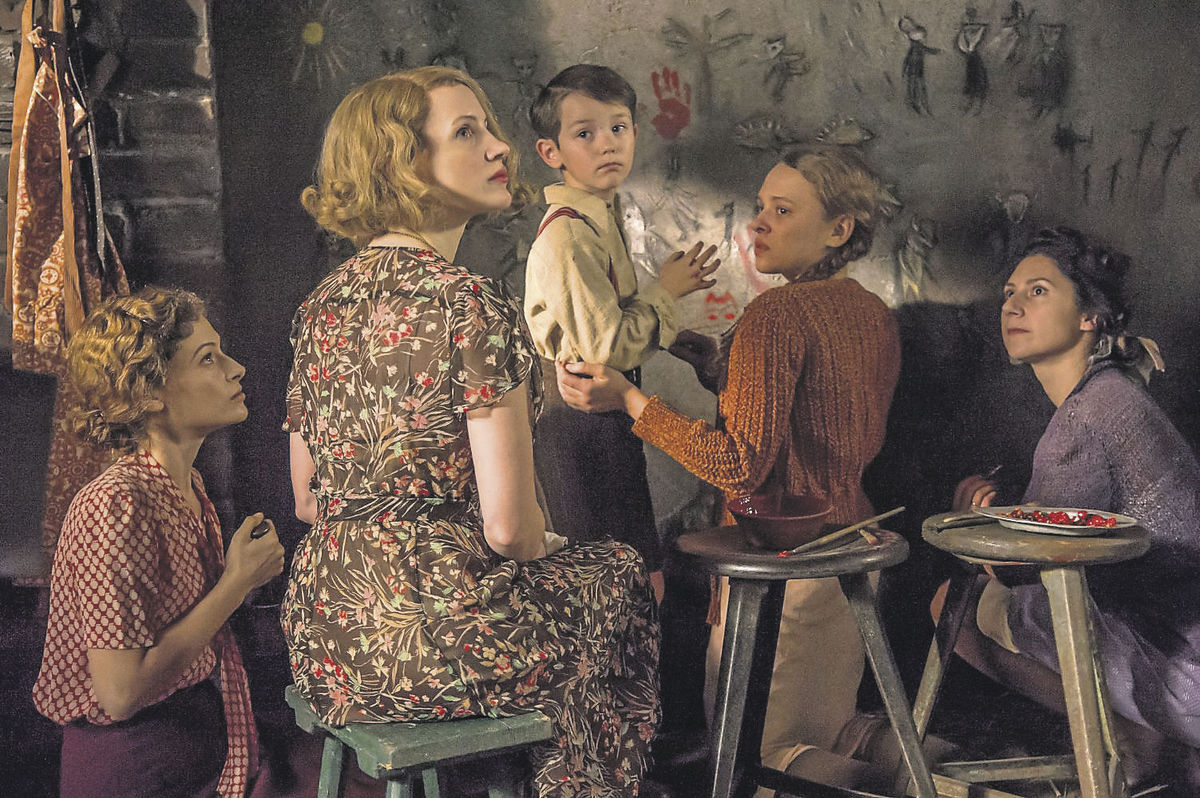 Top Photo:  Antonia and Jan Zabinski walk the streets amidst the unrest in Warsaw.

Middle Photo: Antonia with two of her beloved lion cubs.

Bottom Photo: Young Ryszard and Antonia sit with some of the women they are hiding, watching as they create art on the walls, and listening for German soldiers.

Q: Does The Zookeeper’s Wife pass the Bechdel-Wallace Test?

Antonia shares conversations with a young girl, “Urszula” (Shira Haas), that they are harboring in their home after Jan saved her from the Ghetto where she had been brutally raped by two Nazi soldiers. Antonia cares for Urszula, slowly opening her back up through conversation and the arts after she had closed in on herself from her terrible experience in the ghetto.