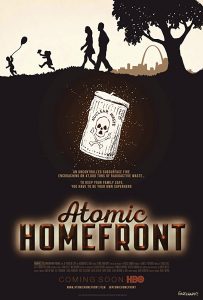 I am not going to lie: Atomic Homefront is very difficult to watch. Director Rebecca Cammisa’s documentary about the North County in St. Louis, Missouri, follows the complete meltdown of the US government in storing radioactive waste from the Manhattan Project. Seventy years after they destroyed Hiroshima and Nagasaki, after hundreds of thousands of deaths, the remaining nuclear waste continues to contaminate the soil and threaten the lives of people living far from the warfront. Atomic Homefront is a testament to the minimizing and denying by the Environmental Protection Agency (EPA) of the danger that exists in North County, and how the sacrifice of war is always  the greatest in communities furthest from the decision-makers in Washington D.C. (MJJ: 4.5/5).

It starts with a smell. As soon as the residents of Bridgeton, North County, Missouri, notice the odor, they are encouraged to go inside, close all windows and put towels over the threshold gaps. From the start of director Rebecca Cammisa’s Atomic Homefront, it is obvious that something is not right. Through the mother-turned-advocate, Dawn Chapman (co-founder of Just Moms STL) we learn about the West Lake landfill and the radioactive waste dump situated just a few hundred feet from her house. The smell comes from the subsurface fire that has been approaching the landfill since 2010. It is still burning.

Then it is the water. The second and parallel story unfolding in Atomic Homefront is of Coldwater Creek. On its way to West Lake landfill, the radioactive waste was left in piles near the stream and, due to St. Louis flood-plain topography, the rain brought radionuclides into the water. North County native, Jenell Wright, noticed the abnormal number of cancer and autoimmune diseases among her friends and neighbors and started to look into the matter. She found that the forms of cancer along the creek are not only in unusual numbers, they also directly corresponding to the known cases of radiation exposure. 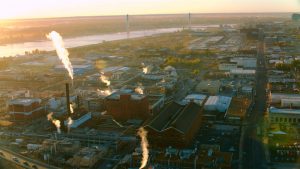 The documentary is entirely driven by Dawn and Jenell, and the other women and mothers in the North County communities. Throughout the 100 minutes of footage, Dawn and her Just Moms STL team continue to try to get the Environmental Protection Agency’s (EPA) attention. And Jenell, who co-founded the grassroots organization Coldwater Creek—Just the Facts Please, which maps out the self-reported cancer cases and aims to educate the community, meets with a medical researcher stating that a study of the very plausible correlation between the contaminated water and the number of sickened individuals would simply be too costly to perform.

Camissa’s documentary mixes these bureaucratic nightmares with the real people suffering from the 70 years of experimentation. Robin Dailey, like so many other St. Louis natives, did not know about the nuclear waste site, nor its spread, until 2011. In 2016 she finally got her property tested and had it confirmed that Thorium 230 and Radium 226 were inside her house. Robin and her husband cannot afford to move. Michelle Seger, a 44-year-old mother of three, who grew up with Coldwater Creek in her backyard is, again like so many others in North County, suffering from cancer. We get to see her diagnosed with Stage 4 and by the end of the documentary, Michelle has passed away.

Atomic Homefront runs in New York until November 23rd and will air on HBO at a later date—go see it! I cannot emphasize enough how important this documentary is. It is a testament to the failure of a bureaucratic government agency to acknowledge and attend to the lethal damage being done to this community. It is a tribute to the amazing work of grassroots movements and unrelenting individuals who have no choice but to keep on going. Finally, it is a callout to the audience members to realize that you are the change you want to see in this world. Because as you sit in the movie theater cringing with the ticking bomb of the subject matter, the Trump administration is cutting the EPA budget and the mission of the agency is being increasingly ignored, and even, perverted. 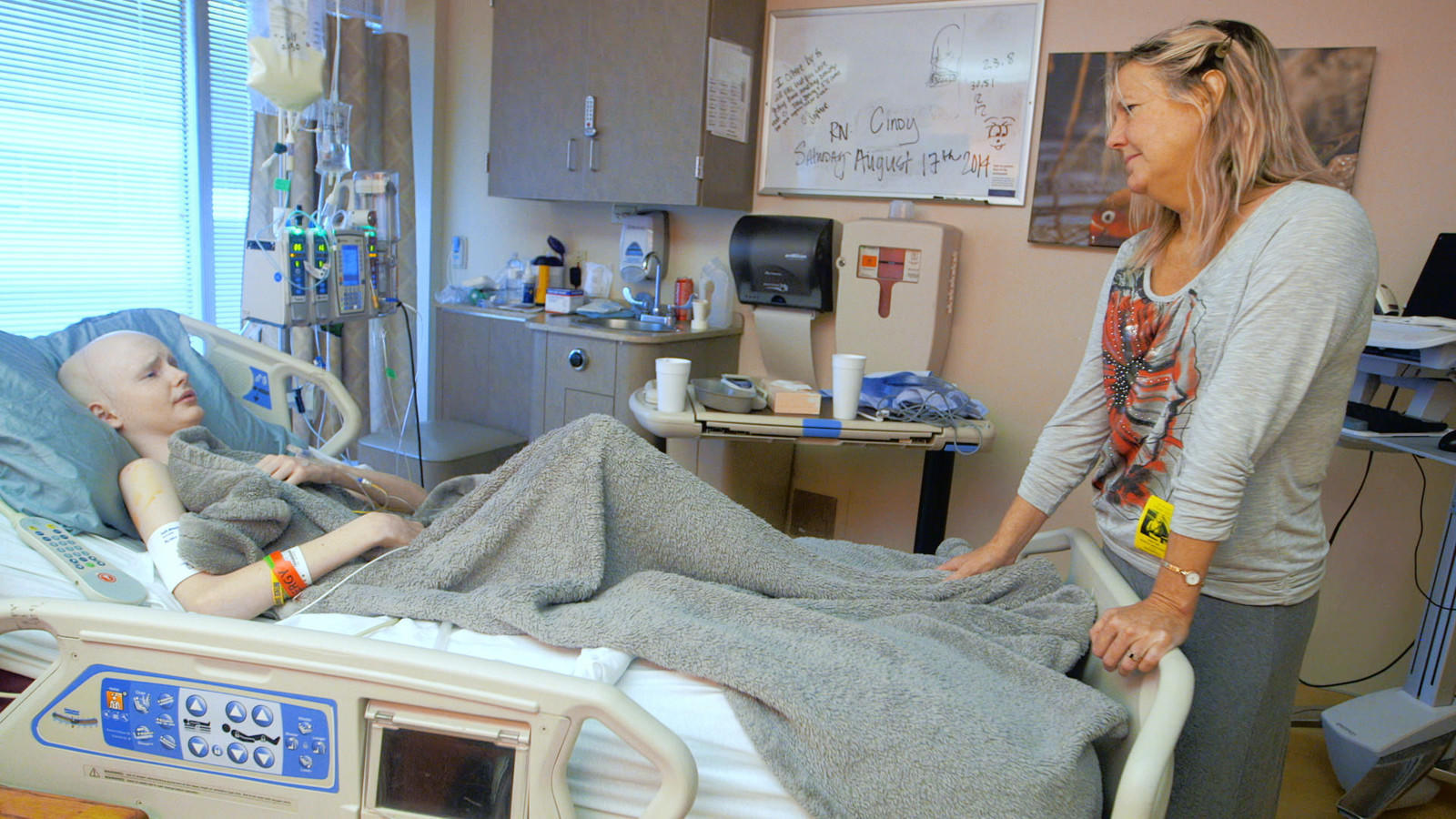 Bottom Photo: A visit in the hospital.

Not only is the documentary largely female driven, with women talking about and combatting the deadly hazard of toxic waste, the filmmaker also directly asks her protagonists questions from behind the camera in multiple scenes.