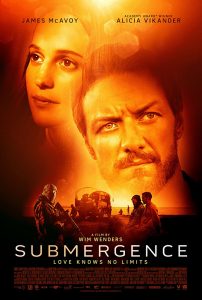 Submergence is a perfect example of a story that would have been better served by not employing Hollywood stars. Resisting the attraction of the many close-ups on the stunningly made-up Vikander, or McAvoy’s tantalizing and immensely blue eyes, perhaps the washy story would have stayed longer on the drawing table and a more focused rewrite could have resulted in a more compact and insightful drama tailored for the big screen. Instead, screenwriter Erin Dignam’s adaption of J.M Ledgard’s novel aims too broadly, and as a result, sadly misses target all together. (MJJ: 3/5)

Submergence is in many ways a beautiful film. The stunning bio-mathematician Danielle (Alicia Vikander) meets the handsome Scottish spy James (James McAvoy) and shows him the beauty of falling in love. The event takes place at a gorgeous hotel along the scenic French coast—and it teaches us beautiful lessons about a range of topics, from education to democracy, to feelings. If Submergence had just stayed there, at the French shoreline with its magical tableau-like frames, it could have been a masterful philosophical drama. But Submergence does not stay at the hotel, because James is an action hero who must save Europe from Islamic bombs in Somalia. And Danielle is a brainy wonder woman whose research is to explore life in its highest essence at the bottom of the Atlantic.

It is telling that the two preceding sentences summarize the screenplay better than the two-hour long film itself: writer Erin Dignam’s adaptation of J.M Ledgard’s novel does not work. Somewhere between James’ abduction in Somalia and Danielle’s Faroe Islands endeavors, their developing relationship—the backbone of the whole story—is lost. Submergence wants to do too much, and the many smart comments and lines that give glimpses of what this movie could have been, does nothing but enhance the loss of the potential that the characters’ clashing personalities, and bodies, touch upon. 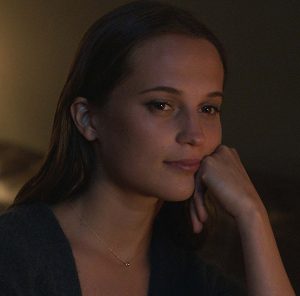 —You learned to listen awfully well, haven’t you? Why did you have to acquire that skill?

—Why would you say that I had to acquire it?

—’Cause no one is an expert on anything if there’s not a burning need somewhere to have that particular skill.

Again, Submergence it is a beautiful film. The cinematic framing makes nice use of geometric lines, and the color coding, with the prominent use of deep blue, is superb. The sound design, mixing Danielle’s robotic loudspeaker with the intense strokes of the soundtrack and bird chirping through the open window, makes for appealing contrasts.

I only wished we could have stayed there, at the windy French shore with James’ Scottish accent, and Danielle’s witty intelligence, and witnessed the beauty in two humans getting to know each other and the world through each other’s eyes. But in not entrusting the broader claims of the film to their conversations, and by instead taking the narrative to the actual places of their reveries, the action quota may be filled, but the spine of the story, two people learning what it is like to love, is—yes—submerged. We are left with another close-up on Vikander’s highlighted cheek bone. 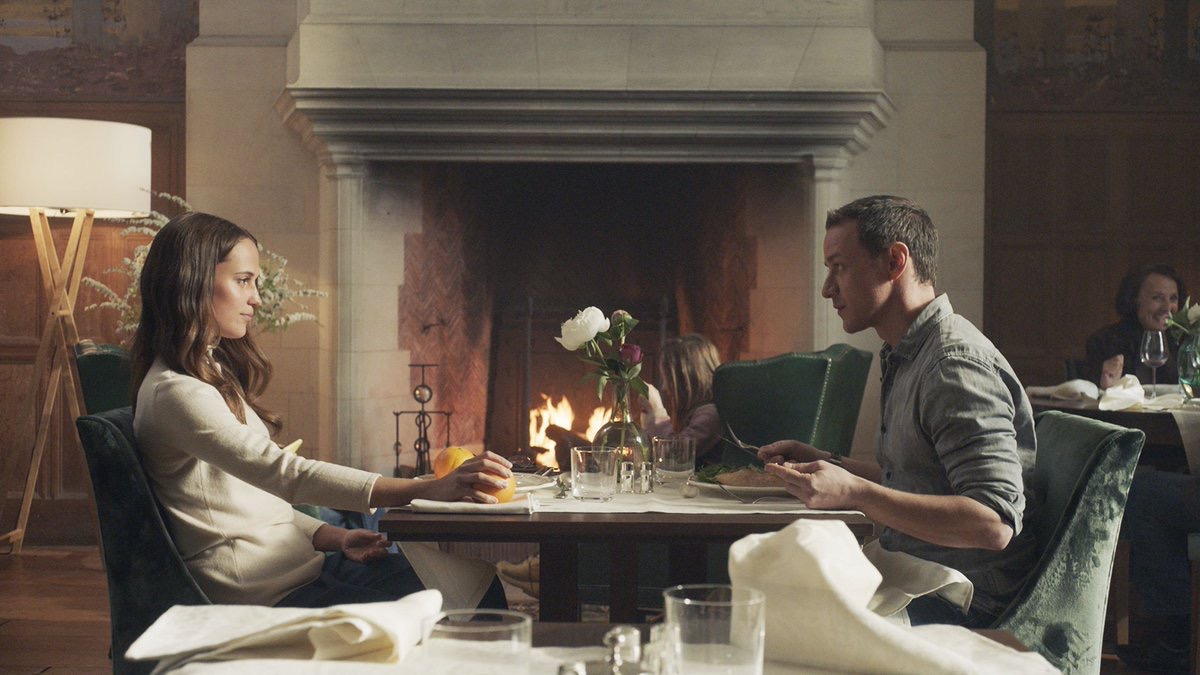 Bottom Photo: Danielle (Alicia Vikander) and James (James McAvoy) at the French hotel where they should have stayed.

Danielle does not exchange one word with another female throughout the whole film.