Björn Runge’s The Wife is a superb study character study, saturated in excellent performances and beautiful filmmaking. Feminist at the core, it evolves to a complex and deeply satisfying commentary on marriage, family, art and career. (HRM: 5/5)

“Joan” (Glenn Close) and “Joe” (Jonathan Price) Castleman have been married for nearly 40 years, and have always acted as complements to each other: Joan soft and shy, Joe bold and egotistic. The film opens when Joe, a famed author, gets a call informing him that he received the Nobel Prize in Literature. Joe is immediately showered in praise, celebration ensues, and they, along with their son, an aspiring author himself, fly to Stockholm to receive the prize.

Despite the consistent spotlight on Joe, supplemented by his own ego and a young, attractive photographer following his every move, the family’s issues bubble to the surface. Their son “David” (Max Irons) only wants his dad’s approval, and Joan is getting fed up with all the fanfare, not wanting to be seen as the “suffering wife.” Things come to a head when biographer “Nathaniel Bone” (Christian Slater) starts to pry into Joan’s mind, raising resentment which brewed throughout their marriage, and revealing a huge secret that jeopardizes Joe Castleman’s entire body of work.

It would be impossible to talk about how great this film is without starting with Glenn Close’s exceptional performance as Joan Castleman. She carried the role with incredible elegance and subtly, and was able to capture the complexities of Joan and the situation she was in. The entire film is framed around her character’s emotions, which become intricately layered, reflecting the situation of her marriage. This is undoubtedly a result of Jane Anderson’s screenplay as well, but without Close this movie could not have had the effect it does.

The Wife is ultimately a study of the “king maker,” the historic dynamics between famous men and the women who support them. Anderson finds the feminist core of Meg Wolitzer’s novel in the contrasting portrayal of Joan and Joe, and the historical context their relationship is placed in. Flashbacks allow us to see the development of their relationship and its roots in the sexist writing world, and how that has affected both of them. The characters surrounding them only heighten the sense of sexism that manifests in the depiction of their marriage. The result is a complex feminist analysis that challenges simple sexist ideas of women in marriage and careers.

I got to see The Wife twice. It was great the first time and exceptional the second. Since the weaving of characters and story is so complex yet subtle, it’s difficult to articulate exactly what it’s communicating, but you feel it. The second viewing only confirmed my adoration of the characters and story, and made me realize how well the film was made. Everything from the cinematography to sound design to set design heighten the story and cinematic experience. I could not recommend this movie more, in fact I think I will watch it a third time as soon as I get the chance. 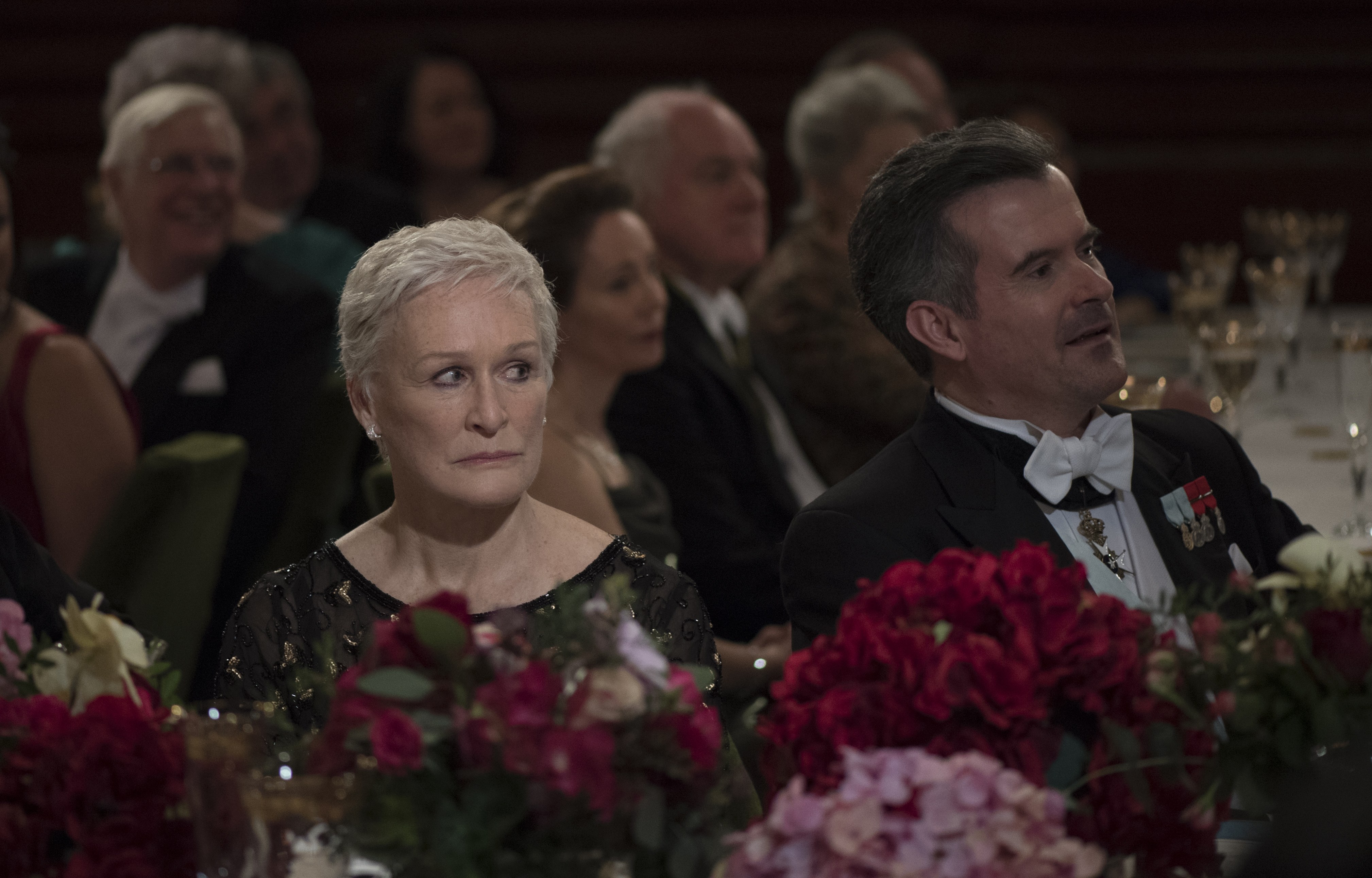 Q: Does The Wife pass the Bechdel-Wallace Test?

It doesn’t, but this only plays into the film’s feminist perspective!