People are burning the Israeli flag, and very young boys are fighting and losing their lives on the streets of Palestine. This is one of the many scenes that depict how deteriorated the relations were from 1992-1995. From Professor Ron Pundak’s diary, we see the harrowing sights of people constantly fighting in the streets. Would this be a “tale of triumph, or defeat?” Many people of the time and even now wonder the same thing. Hence the birth of the secret meeting in Oslo by two brave intellectuals, Ron Pundak and Yair Hirschfeld. The meeting was very illegal; sworn enemies would meet to negotiate some kind of peace amidst the chaotic and incessant bloody battle.

Many scenes were narrations of a series of diaries paired with visuals portraying the travesty that was rife. The leader of the Palestinian Liberation Organisation, Yasser Arafat, is described as Hitler’s successor. Using a compilation of bloody streets and guns shooting, Loushy expertly makes evident that ‘Hitler’ is the best way to describe the tyrannical leader. She continues to show the conflict within the Israeli government. It is obvious that people were unhappy as the conflict increased and Arafat took pleasure in wounding and killing the innocent. Because the law forbid Israelis to come into contact with Palestinians, if the two professors, Ron Pundak and Yair Hirschfeld, were ever caught, they would be charged with treason. To avoid being caught in a treasonous affair, they faked pamphlets and tickets for a summit in Oslo, Norway. It is a shocking revelation that sworn enemies could meet in secret to discuss a ‘game-changer’ plan in order to provoke peace negotiations. Once drafted, the peace treaty was handed to the foreign minister Shimmon Peres, who was rumoured to have described it as an ‘explosive document’, but later denies to have even taken the document seriously. The two miss-matching pieces of information make the audience realise that there are always two sides to a story. In the case of Loushy’s film, there are two sides of the story between the Israeli and the Palestinians.Mor Loushy’s documentary shows a series of peace negotiations, conflict, and interviews in compilations of real-life recordings of the events. It is very factual and informative. However, its monotonous and ominous ambience can make watching this difficult. Despite that, from a historical perspective, this documentary really brings to light what happened within the two governments. It shows oppression, as well as hope, through the never-before-seen documentation of meetings and civilian lives.

The documentary felt close to ending about 30 minutes in, however the story carried on. This documentary may be too long and complex for everyday folk, but with the right audience, it is informative and well-researched. Although the director was attempting to show highlights of various interviews, some of the scene cuts were a little abrupt. Even so, for those viewers who are able to stick with the film, they will grow an understanding towards how people at the time must have felt—expecting the conflict to come to an end, when it was in fact from from being resolved. 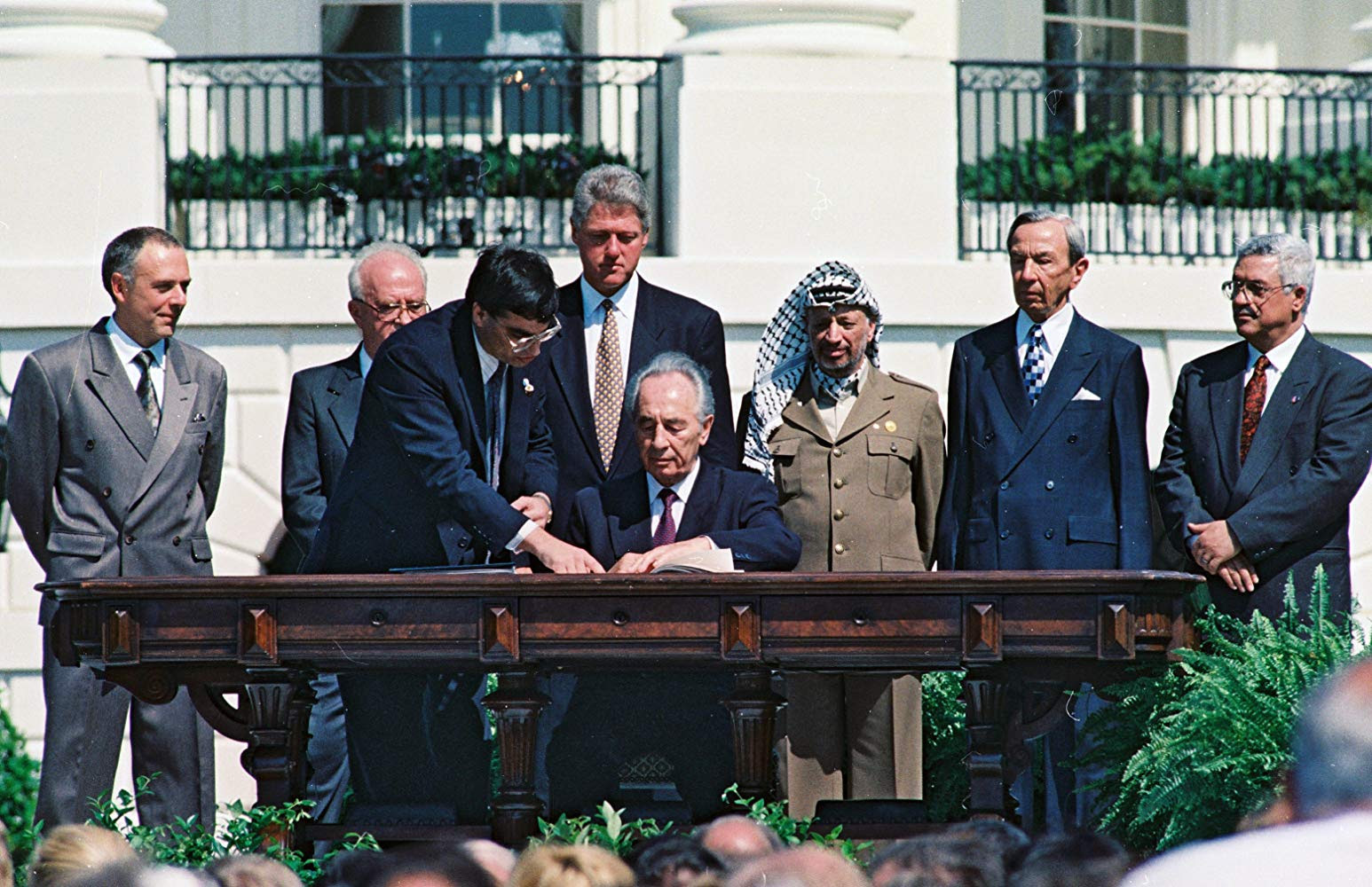 Does The Oslo Diaries pass the Bechdel Wallace test?