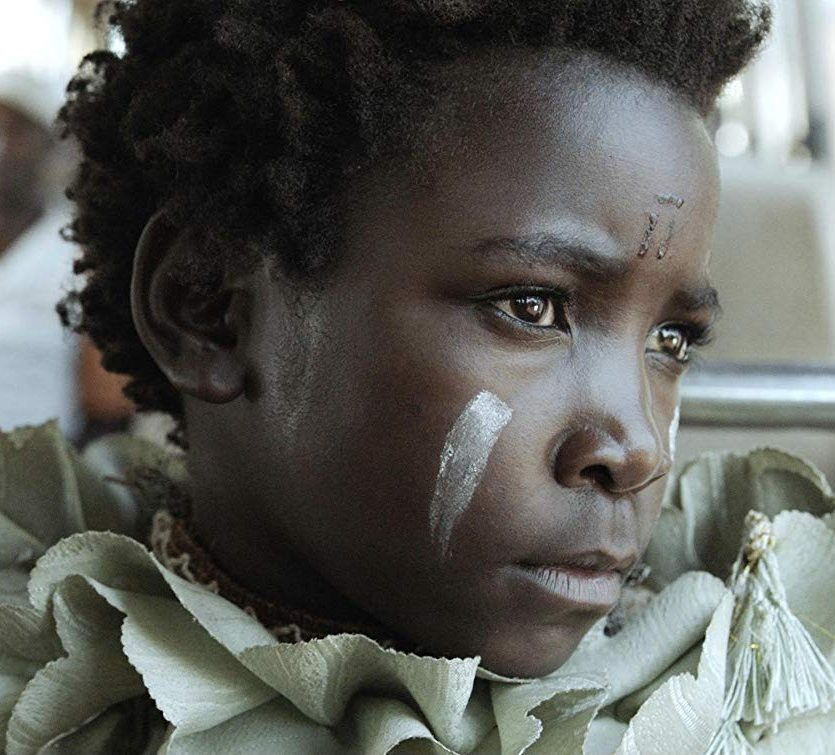 Written and directed by Rungano Nyoni, I Am Not a Witch follows the devastating story of a young girl who is accused of being a witch, is sent to a “witch camp,” and is tied to a cord she is told will turn her into a goat if cut. An exploration of consumerism and white tourism in Africa, I am Not a Witch is also a powerful symbolic representation of the status of women in traditional African society. (FEA: 4/5)

The film follows the story of an orphan named “Shula” (Maggie Mulubwa), who is accused by members of her village of being a witch. She is then sent to “Mr Banda” (Henry B.J. Phiri), who decides to take her to a “witch camp.” Upon her arrival, we understand that she is the youngest member of the camp, which is essentially made up of women who perform duties given to them by the authorities. She is then tied to a rope, and is told that if she were to cut it, she would turn into a goat. The child is then further exploited by Mr Banda, who decides to use her “powers” to pinpoint criminals in local cases. The child is forced to look at suspects and point to the guilty party.

Rungano Nyoni cleverly uses the story of the child to expose the harsh reality of women in small African villages, who are often limited in their choices and forced to follow the orders of higher male powers. Throughout the film, the child never speaks, and never confirms or denies that she is a witch. Instead, she is passively moved from one phase of her life to the next, and follows the orders given to her by male authority figures. The viewer quickly understands the symbolism behind the life of the child: where she is tied to a literal rope, women in Africa are tied to their submissive and dependent status. Where she is used by Mr Banda, women find themselves at the service of powerful men they cannot stand up to. This is also made even clearer through the character of “Charity” (Nancy Murilo) — an “ex-witch” who now lives with Mr Banda and is at his service. A conversation between Charity and Shula reveals that living with Mr Banda is her only escape from the “witch camp” she does not wish to go back to.  The film also shows how women themselves have internalized the patriarchal system: Shula is given to Mr Banda by a female cop, who shows no empathy towards the child.

The film also clearly makes fun of white tourism in Africa. The opening scene of the film features a tour guide explaining the rules of the witch camp to white tourists. Here, Nyoni clearly explores the modern exploitation of African culture by Africans themselves, in order to respond to the “otherness” and exoticism that Westerners want to see when they visit Africa. The film also shows Mr Banda and Shula appearing on a Zambian TV show, in order to promote and perpetuate the myth of the “witches” and to (indirectly) encourage viewers to visit the camp.

In essence, I Am Not a Watich is definitely a loaded film, featuring moments of humor in an otherwise dark plot that is rooted in reality.

Top Photo: Shula and her rope.

Q: Does I Am not A Witch pass the Bechdel-Wallace test?

There are many scenes that feature the women in the witch camp.