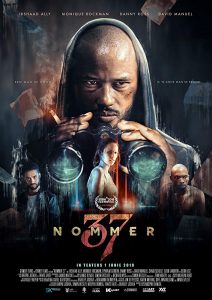 Number 37 is a chilling reimagining of Hitchcock’s Rear Window, throwing many expectations out the door. Despite beautiful imagery and great acting, the films fails to introduce something different. (KAC: 3/5)

Directed by Nosipho Dumisa, Number 37 follows glimpses of life in a crime-ridden neighborhood in Cape Town through the eyes of “Randall” (Irshaad Ally). When Randall is stuck in a wheelchair after a drug deal gone wrong, his girlfriend, “Pam” (Monique Rockman), buys him a pair of binoculars to lift his spirits. After he is threatened by a loan shark that he borrowed money from, Randall witnesses a murder and comes up with a scheme to solve both problems.

The idea of paying homage to Hitchcock in a film that is starkly different from the time and place in which Hitchcock created his film is intriguing. Number 37 presents itself as an homage to Rear Window and simply through the synopsis that can be seen, yet this film differentiates itself early on, not chaining itself to Hitchcock’s narrative or many of the themes he explored. However, Number 37 pays homage to him in a way that disappoints – by continuing Hitchcock’s use of violence against women. It distracts from any and every element that makes the film interesting or dynamic.

Don’t get me wrong – there is also a lot of violence against men, but none of it is actually seen on camera. Every violent moment against a man is pushed out of frame, has something coincidentally blocking it, or is only discussed and never seen at all. We don’t get to see how Randall was put in a wheelchair, the incident that begins this very story. The most violence you see against a man is in the first five minutes when a man has been tortured – you don’t actually see any torture on screen, just the implication that it had happened. Similarly, when someone is killed by the criminals across the street, the camera continuously cuts away to see Randall watch this unfold – the man’s death is framed in a few seconds of struggle.

Yet, every act of violence against women is framed for male consumption. The girlfriend of the criminal, Lawyer, is beaten and potentially raped for Randall to watch. This moment directly follows a sex scene between Randall and Pam and is used to explain that Randall and Lawyer are different though they are both criminals. We, as the audience, are supposed to use violence against women as a metric to decide who is actually ‘bad.’ Throughout the whole film, women don’t exist for any reason other than for men to be violent towards them or to have sex with them.

Pam is later beaten, sexually assaulted, and has her finger cut off to intimidate Randall. In this moment, Pam isn’t even given the space to feel pain because the camera turns to Randall and lingers on the pain he feels for having seen this and probably for having caused this to happen. The one exception is “Officer February” (Sandi Schultz); she is not turned into an object for violence to be inflicted upon. However, in true Hitchcock fashion, she is a character who enters late to help tie up the story. Without spoiling anything, her character is only used to explain and wrap up the story.

What is the point of watching a film that tells us that women are simply pawns to be used by men? Whether or not this is the reality of Cape Town—I’ve never been there and have very little understanding of the culture— why watch films that simply reinforce the patriarchal notions that women are only important in terms of a man’s life? I have no patience to watch these types of films. They don’t add to any conversations and they don’t do anything differently. In the end, we are watching the same movie over and over again.

Co-written by Nosipho Dumisa, Daryne Joshua, and Travis Taute, Number 37 is a well-crafted thriller that fails to say something new. The cinematography is amazing and the acting is superb, but neither can distract from the fact that as a reimagining of Hitchcock’s Rear Window, it refuses to differ from the outdated idea that women only belong as objects in a man’s story. 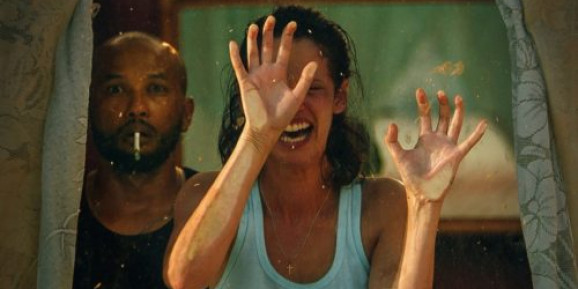 Top Photo: Randall and Pam watch out the window.

Middle Photo: A poster for the film.

There are only two women in the whole film that have speaking roles and they never meet.