In Little, directed by Tina Gordon and written by Gordon and Tracy Oliver, nightmare boss Jordan Sanders turns into her preteen self before an important presentation, forcing her assistant April to take on her duties while she faces a past demon — middle school. (BV 3.5/5) 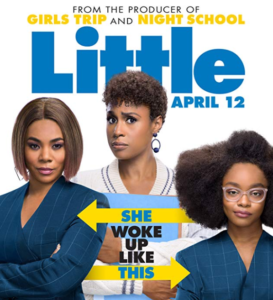 Little starts off with protagonist Jordan Sanders’ (Regina Hall) flashback to her nerdy 13-year-old self–a moment when a bully humiliated her in front of her entire school and sent her to the hospital. This incident sparks change in the middle- schooler, prompting her to her resolve to harden herself and be mean to people before they can be mean to her. In the present -day, we find that Jordan is the wealthy CEO of a tech start-up. She’s beauty and brains wrapped into one, but all of that is accompanied with an awful personality. She screams at her assistant April (Issa Rae) for the smallest supposed mistakes, and is an absolute terror to her employees. Everyone finds her extremely unpleasant and she has no friends — which is exactly what she wants after being scarred by her past.

One day, Jordan’s biggest investor, Connor, (Mikey Day) comes in and gives her an ultimatum—she must come up with a brilliant new app idea or he’ll pull her funding. The dilemma makes Jordan even more irritable and dismissive of her employees, and causes her to be furious she bumps into Stevie (Marley Taylor), a little girl who helps sell donuts in front of the office building. Jordan and Stevie get into an argument, and Stevie is shocked at how mean Jordan is. In retaliation, Stevie puts a curse on Jordan, wishing she was “little” again. Jordan dismisses the ploy as childish nonsense… that is, until the next day she wakes up in her preteen body (Marsai Martin)! Because of this sudden change, April must cover for her boss—but with the big wig out of commission, April also hopes to prove her worth by presenting her app idea to Connor, as Jordan has previously thwarted her efforts to grow in the company. Meanwhile, little Jordan must face her past when she’s enrolled in middle school again. Will Jordan be able to embrace her childhood self with this second chance? And will she able to turn back into an adult before that dreaded presentation, or will April be able to handle it herself?

The film has some plot holes, such as a total lack of explanation for Stevie’s random magic, and the fact thatStevie’s this magic only works at one specific time, but they’re only minor details and the film isn’t meant to be too deep. The plot is as predictable as a simple skim of its premise—it doesn’t try to be more than it is, which is a cute and colorful film hoping to elicit a few laughs. The cast features rising stars Issa Rae of Insecure and Marsai Martin of Blackish—everyone seemed to mesh well together and each had her distinct charms. It’s a shame we barely got to see Regina Hall as big Jordan, though — the few moments we had of her as the “boss from hell” were hilarious.

I do have one qualm, though. At the beginning of the film, there’s a transphobic joke where Jordan mocks the daughter of a disliked neighbor — she says that the child looks like she’s transitioning. For a film advocating loving yourself for who you are, the joke was horribly misplaced. I was worried that the rest of the film would have similar cheap humor, but thankfully the remaining jokes weren’t too insensitive. The FF2 Media team had a blast watching it, and most of the audience laughed out loud at the more gripping punchlines. None were particularly memorable, but Little is still lighthearted and fun.

There’s nothing unique about the body-swap trope, but Little stars a predominantly black cast with charismatic female leads—that’s a breakthrough in itself. If you want to cheer yourself up with something that doesn’t need much thinking, Little is a good way to pass the time. 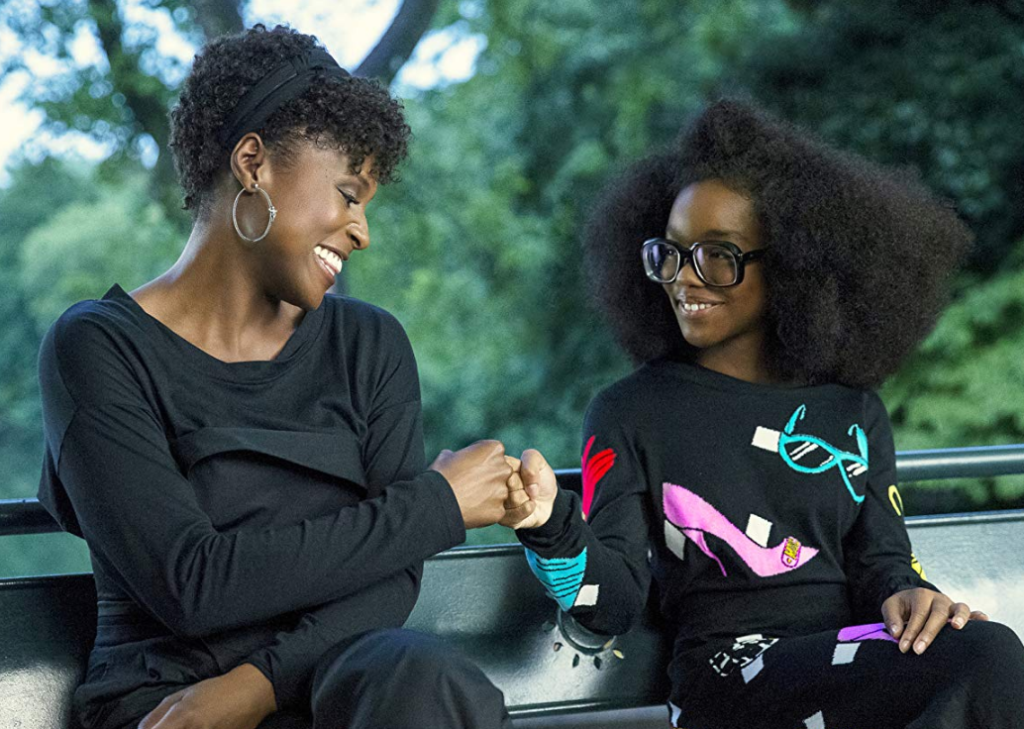 Does the film pass the Bechdel-Wallace Test?
Without a doubt! 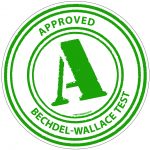