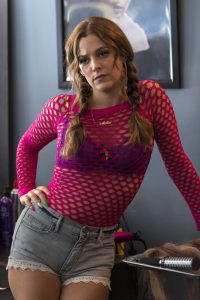 Written by Rebecca Blunt and directed by Steven Soderbergh, Logan Lucky is yet another exciting heist movie that keeps you guessing. Through bad Southern accents and a sluggish story, this film misses one too many beats to make it the next Ocean’s 11. (KAC: 3/5)

High-school football star “Jimmy Logan” (Channing Tatum) sets out to rob the Charlotte Motor Speedway after he is fired from his job and unable to provide for his daughter. With the help of his one-armed brother, “Clyde” (Adam Driver), sister, “Mellie” (Riley Keough), and explosives expert “Joe Bang” (Daniel Craig) and his brothers, he concocts a plan to rob the speedway during a small race, but ‘shit happens’ and they are forced to pull off their heist during the Coca-Cola 600, a substantially larger race.

Each person has their own reason for wanting to pull off the heist, but the film centers around Jimmy. His daughter, “Sadie” (Farrah Mackenzie), lives with his ex-wife, “Bobbie Jo” (Katie Holmes), and step-dad, “Moody” (David Denman), in an extravagant mansion, which sharply contrasts his small, run-down house. Jimmy finds out that Moody’s successful, growing business means a move across state lines and less time with Sadie. After getting fired from his construction job for a pre-existing condition, Jimmy needs to find a way to be able to spend time with his daughter and compete with the expensive lifestyle she receives.

After convincing his brother Clyde –a war veteran turned bartender– that his plan will work, the two brothers set out to convince convict Joe Bang. Their plan begins with breaking him out of prison, getting him to the speedway to pull off the crime, then bringing him back to prison where he can serve the rest of his remaining 5-month sentence. A bit fantastical, Logan Lucky is another classic American heist movie about the struggle of working men sticking it to the man.

Directed by Steven Soderbergh and written by Rebecca Blunt, Logan Lucky doesn’t match up against other heist movies. The story, while new and surprising, is slow throughout; I was waiting for more action and suspense. The film has some great reveals, but almost every reveal becomes a missed beat. Heist movies are all about what the audience doesn’t know and the reveal of that information, but there are too many reveals that have no anticipation. It was a let down.

On top of the slow story, the three macho, southern men lead with misogyny and toxic masculinity. Southern people are portrayed as idiotic, poor, Bible-thumping farmers and the movie overuses these stereotypes to make jokes about women. “Fish” (Jack Quaid) and “Sam Bang” (Brian Gleeson) are a classic example, they join the heist because Clyde makes up a story that a store manager somehow related to the heist ‘got handsy’ with his sister. Now, robbing a vault doesn’t go against their ‘good, Christian morals’, which are clearly non-existent in the first place. Sexual assault and harassment are not a joke. This moment clearly shows how the filmmakers feel about women and the abuse they face; both only exist as anecdotes to further the storylines of men.

There are three female characters, none of whom play a lead role and all of whom exist to further the story of the male characters. Sadie exists solely as a reason for Jimmy to rob the bank. Clearly, Bobbie Jo exists to antagonize Jimmy with her new husband’s wealth and her custody of Sadie, but she can’t be the contrast to Jimmy because she’s seen as a gold-digger for marrying Moody, his real contrast, and a bad mom for letting Sadie watch a Fast and Furious movie. Jimmy, however, is seen as a great parent even though he forgets about commitments he makes and only really takes care of her for a few days a month.

Mellie is as close as a female character gets to having any story of her own. As a hairdresser, she works hard for very little and clearly wants more from life. We know little else about her because the rest of her story revolves around how she takes care of Sadie when Jimmy drops the ball. She is a part of the heist team but has less responsibility than everyone else and endures constant sexual innuendos from Joe Bang, yet — spoiler — still somehow ends up with him. Mellie doesn’t actually get to exist for herself. We don’t get any indication why she wants the money from the heist other than to help out her brother. She mostly exists to take care of Sadie and hate Bobbie Jo, again with no real indication why. Mellie seems like a female backup for Jimmy, affirming every decision he makes.

Soderbergh and Blunt have created another heist movie with Logan Lucky but traded in the excitement and suspense for misogyny and a lackluster storyline. I didn’t even get around to mentioning Seth Macfarlane’s pointless character. I’m holding out hope for Ocean’s 8. 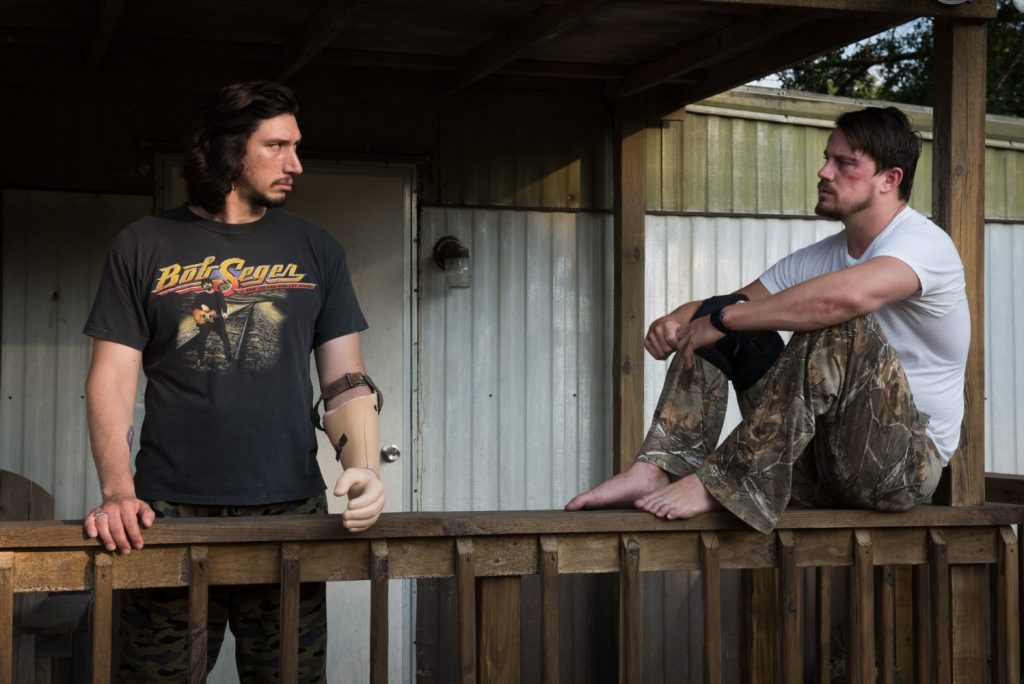 A few conversations about Sadie’s beauty pageant between Sadie and her mom or Sadie and Mellie let this film slip through.